Margaret Benoit
Ballarat, Victoria, Australia
In 2012 I moved back to my home town of Ballarat in Victoria, Australia. Join me as I re-discover Ballarat, one of Victoria's largest inland cities, famous for the Goldfields. You may be a resident, tourist or new comer to Ballarat. I hope to provide you with useful information about Ballarat as I re-discover my home town. I will also provide information on places which are a short drive from Ballarat. So residents and visitors come and discover Ballarat with me. 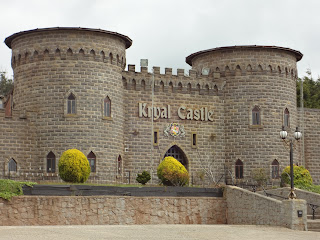 As a young girl when I lived in Ballarat, I remember stepping back in time to the Medieval era at Kryal Castle.  It was enchanting.  Almost out of a story book you could say.  My biggest memory of all was the stage shows where they used to do mock public hangings. I always wondered how they could actually fake a hanging.  I loved walking over the drawbridge, where the castle was surrounded by a moat.  The medieval torture equipment was eye opening to say the very least.  It was gruesome, but all part of history.

Over the weekend I told my son about a castle in Ballarat.  We decided to take a drive out to have a peak.  It was very special to see his little eyes light up with excitement.  It was like he was living a little boys dream to see a real castle.   “Can I go in?” No I replied.  “How many sleeps until it opens?” Sean’s understanding of time is always worked out by how many sleeps he has until a particular event.

Kryal Castle’s website states that this tourist attraction will be re-launched in late 2012/early 2013 after a multimillion dollar facelift.   Interactive displays and exhibits, children’s activities and arena shows including jousting tournaments will all be part of the attraction.  There will even be a village market to do some shopping. 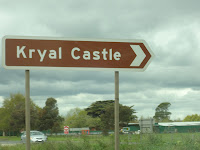 A media release from Kryal Castle (27 August 2012) states that the castle will be ‘A land of myth, magic and medieval adventure’ based around myths, legends, wizards, enchantment, chivalry and dragons’.  The ‘Tyrants Tavern’ will reopen at the Castle in the coming weeks; 'catering for weddings, functions, end of year parties and conferences.  The Knights Round Table Chamber function space will be ready shortly after’.

For all of the latest information about Kryal Castle, join the ‘Castle Club’ by using this link http://kryalcastle.com.au/about/new-beginning-for-kryal/

I for one know that there are two people in this household who are very excited about the re-launch.  Sean, my 5 year old son, and of course yours truly. 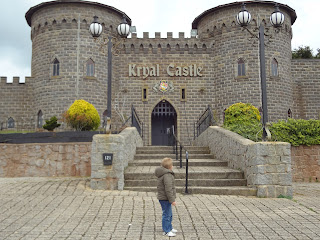 Posted by Margaret Benoit at 10:03 PM