Margaret Benoit
Ballarat, Victoria, Australia
In 2012 I moved back to my home town of Ballarat in Victoria, Australia. Join me as I re-discover Ballarat, one of Victoria's largest inland cities, famous for the Goldfields. You may be a resident, tourist or new comer to Ballarat. I hope to provide you with useful information about Ballarat as I re-discover my home town. I will also provide information on places which are a short drive from Ballarat. So residents and visitors come and discover Ballarat with me.

Now is the time to open your diary and pencil in some exciting events that will be going on here in Ballarat this November and December 2012.

This Friday 30th November 2012 there are two events to look forward to:

The Pop Up Shop Ballarat will run until the 9th December

2) Christmasfest by the Lake at Pleasant Street Primary School, near Lake Wendouree (5-9pm)
Fun for the whole family including market stalls.

The Designer Craft Market @ Buninyong (9am - 2pm) at the Buninyong Town Hall
This is a Christmas Market with handcrafted items by local and regional designers and artists.

Caledonian Art, Craft & Produce Market (5 - 8.30pm) at Caledonian Primary School
A great way to do some Christmas Shopping and find that unique gift.

Posted by Margaret Benoit at 3:19 AM 2 comments: 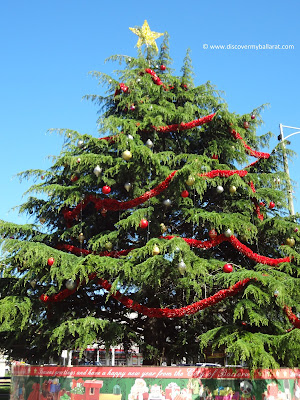 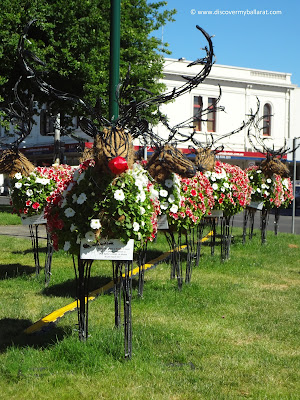 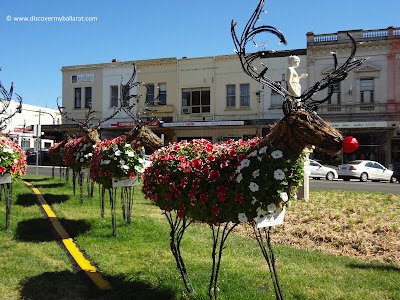 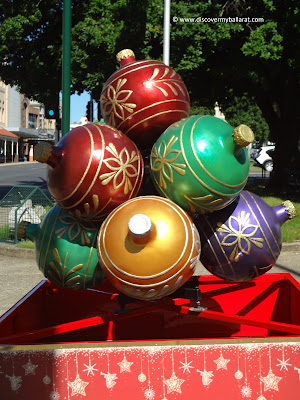 Baubles - these are located opposite the Town Hall 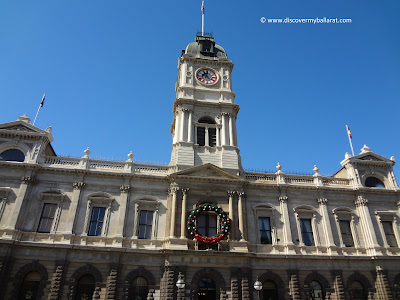 Our Town Hall
Posted by Margaret Benoit at 9:47 PM No comments:

Email ThisBlogThis!Share to TwitterShare to FacebookShare to Pinterest
Labels: Christmas in Ballarat

Is anyone planning on visiting the Ballarat Cup this Sunday? Gates open 10.30am.

Information on buses running to and from the Racecourse can be found on this website also.
Posted by Margaret Benoit at 9:48 PM No comments:

Christmas has arrived in Ballarat!

Have you stopped to take a look at the Christmas Decorations around the Town Hall in Sturt Street, Ballarat?  If not, take a trip down or better still, go at night.  I spent around 20 minutes the other evening taking some photo's for you all.  Christmas has certainly arrived here in Ballarat.  Every time I drive down Sturt Street, I feel the Christmas spirit.  Christmas is my favourite time of the year.  I love spending time with my family and this year will be our first Christmas as new residents in Ballarat.  I would like to offer a big thank-you to the City of Ballarat for placing these decorations up for all to enjoy.   Click on the below images to enlarge. 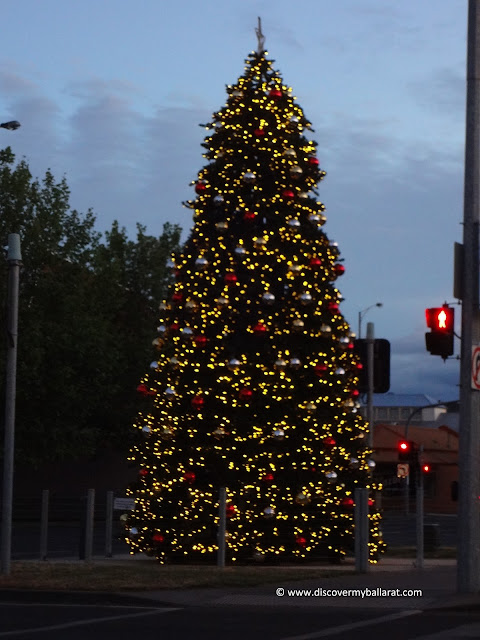 This tree above is located near the Bridge Mall 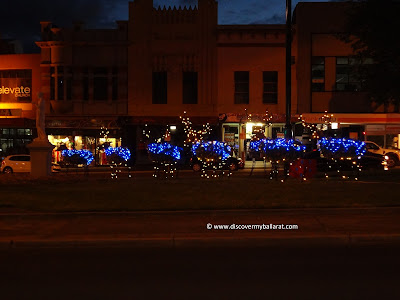 Reindeer  - and there is a sled too! 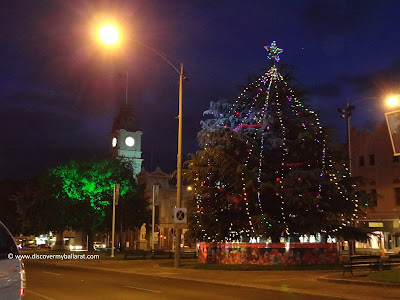 The large tree near the Town Hall. 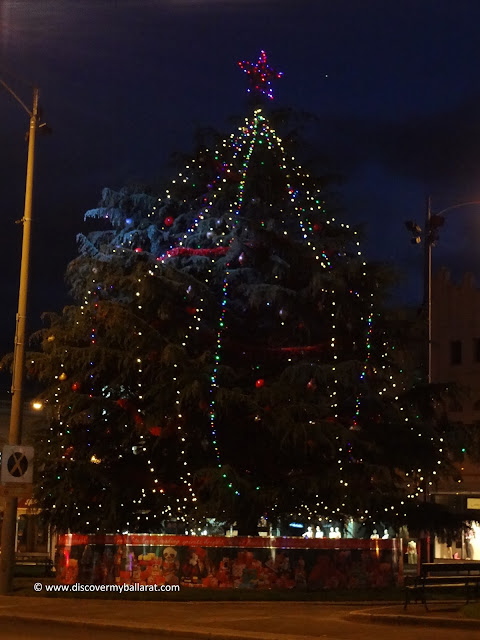 Merry Christmas!
Posted by Margaret Benoit at 9:32 PM No comments:

Email ThisBlogThis!Share to TwitterShare to FacebookShare to Pinterest
Labels: Christmas in Ballarat

Okay I am super excited about this one.  Christmas has arrived in Ballarat and to celebrate, the City of Ballarat is having its Christmas Street Party on Friday 7th December from 5.30 - 8.30pm in Alfred Deakin Place, Camp Street, Ballarat.

Featuring a great line up of stage entertainment and a visit from Santa (of course!)  There will be lots of activities for the kids including angel wand making, festive biscuit decorating, Christmas card making, letters to Santa, face painting and much more.

Kids, dress up as your favourite Christmas Character for your chance to win some spot prizes and the adults can do some Christmas Shopping at the Pop Up Shop located in the Backspace Gallery.

Posted by Margaret Benoit at 5:16 PM No comments:

Email ThisBlogThis!Share to TwitterShare to FacebookShare to Pinterest
Labels: Christmas in Ballarat, Events

Hello all.  St Matthew's Anglican Church in Wendouree are having their annual Parish Fair this Saturday 17th November 12, starting at 11am.

Based on past years, they usually have plants, craft, baked goods & second hand goods on sale and an auction of donated goods.  Money raised helps the church.

While you are there, you might want to check out their OP shop which they have onsite if it is open.

My family has had a long association with this church and it would be great if you could support them.

To contact the church to find out more (e.g. opening times of the fair and goods for sale) you can visit their website contact us page:

Do you need to purchase some Christmas presents?  Why not head over to the Caledonian Art, Craft and Produce Market on Friday 14th December 2012 from 5 - 8.30pm.

This successful market provides a meeting place for community members and directs all its proceeds back into Caledonian Primary School and local charities.

New stall holders are always welcome - contact info@caledonianmarket.com.au
or phone the school during school hours on (03) 5332 6955

Posted by Margaret Benoit at 12:07 AM No comments: 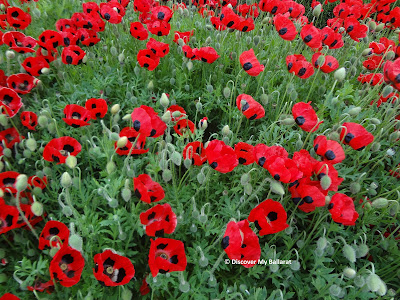 No we are not in Flanders Fields.  These beautiful poppies are growing in Sturt Street, Ballarat near the Cenotaph. ‘Lest We Forget’ on this Remembrance Day, 2012.


This week I spent a great deal of time reflecting on those who have died serving our country.  My visit to the Australian War Memorial on Saturday lasted 5 hours as we visited the Roll of Honour and the museum inside.  For the second time this year, I laid a poppy on the Roll of Honour for a distant relative on my family tree that died (presumed dead according to his service records) as a Prisoner of War in Siam, Thailand in the Second World War in 1943.  Maxwell Alfred William Benoit was a signalman in the 8 Division Signals.  Family rumours say he was beheaded.  Regardless of the circumstances of his death, I discovered his great courage when I located his citation for the award of a Military Medal for distinguished service:

“Signalman Benoit was a member of Signals wireless detachment which was allotted to an Infantry Brigade.  When the Brigade was overwhelmed, two Battalions of the Australian Imperial Forces went forward to re-establish the situation.  For a period of 5 days this detachment was continuously exposed to enemy fire and air attack, and although Benoit was three times wounded and suffering severely, he remained at his post and was instrumental in assisting the leader of his detachment in maintaining communication with Force Headquarters until the set was finally destroyed by enemy action” (Source: Service Records – Letter to E.A.J Redding, 20th March 1942).

According to one source, during this attack, Maxwell’s communications equipment was damaged and he used two wires to tap together to communicate using Morse code, instead of the usual device.  Can you imagine being wounded in the harshest of conditions with bullets firing and you manage to come up with such an innovative idea to full fill your role in a battle.  Such courage!  He is a hero in my book. 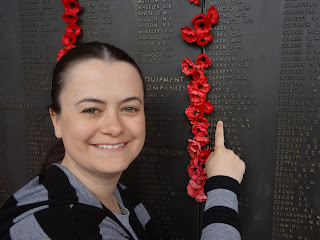 Australian Ex-Prisoner of War Memorial - Ballarat
If you have never been, there is now an Australian Ex-Prisoner of War Memorial in the Botanical Gardens in Lake Wendouree, Ballarat.  This is where I first became aware of Maxwell, and so my search into this part of my family history began.  The memorial has his name inscribed there as “BENOIT MAW” (pictured).  The memorial is located on the corner of Carlton Street and Wendouree Parade. 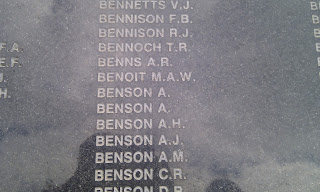 And so as this Remembrance Day draws closer, I encourage you to reflect on our past, present and future.
Our Past – those who have already departed us.
Our Present – those who are currently serving and protecting us
Our Future – the future of our country and our younger generations

They shall grow not old, as we that are left grow old;
Age shall not weary them, nor the years condemn.
At the going down of the sun and in the morning
We will remember them.

‘The Ode’ comes from a poem called ‘For the Fallen’ by English poet and writer Laurence Binyon.

Posted by Margaret Benoit at 10:05 PM No comments:

Here is one for your Christmas Shopping Calendar.  The Pop-Up Shop Ballarat is popping up on Friday 30th November 2012 and runs until the 9th of December 2012.  Located at the Backspace Gallery (Huyghue House - behind the Ballarat Art Gallery on Alfred Deakin Place), this event will feature the regions best hand-made products.  The Pop-Up Shop Ballarat is open for business from 12-4pm on Thursday to Sunday.

A special Lunchtime Launch offering a preview showing will run from 11.30am - 1pm on Friday 30th November 2012, followed by a Gala Opening on the same evening from 6-8pm.

Blog:  http://popupshopballarat.tumblr.com/
Posted by Margaret Benoit at 4:28 PM No comments:

Christmasfest by the Lake - 30th November 12

This event is already in my diary.  I may see you there.

For more information about this event, visit their website:

Thank-you to Serena for alerting me to this event.

Posted by Margaret Benoit at 3:45 PM No comments:

Email ThisBlogThis!Share to TwitterShare to FacebookShare to Pinterest
Labels: Christmas in Ballarat, Events, For the Kids, Markets

A stroll by the lake

Yesterday afternoon, I took a stroll with the kids at Lake Wendouree and we saw many little hidden delights along the way. 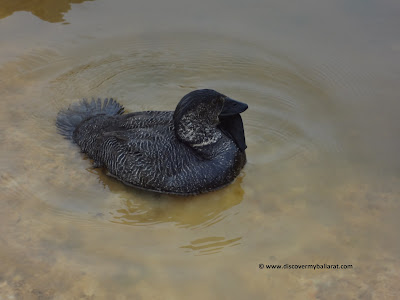 I had never seen one of these ducks at the lake before.
One passer by told me it was a male Musk Duck. 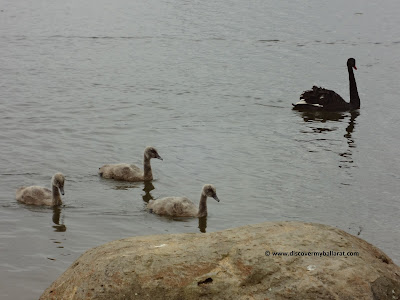 A family of swans 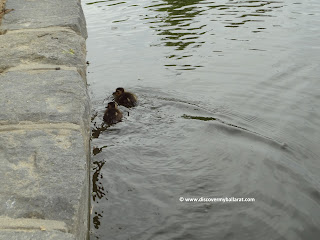 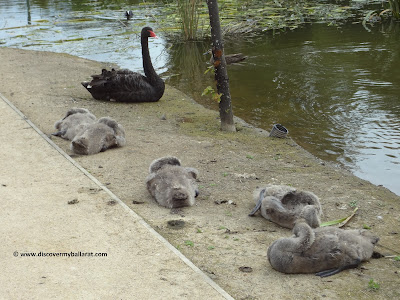 Another family of swans.  I cannot believe the parents let us get this close. 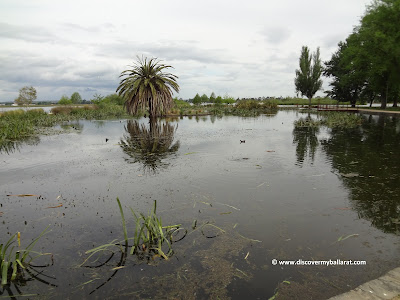 The beautiful surrounds of Lake Wendouree 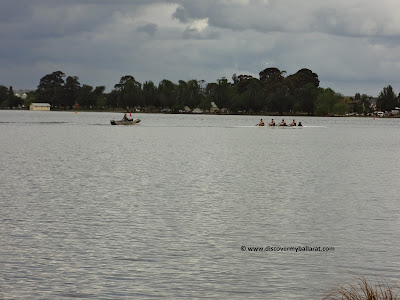 It is great to see rowers back on the lake. 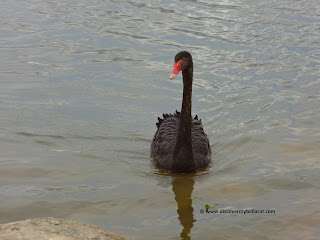 Our local resident - the swan
Posted by Margaret Benoit at 6:54 PM 1 comment:

Email ThisBlogThis!Share to TwitterShare to FacebookShare to Pinterest
Labels: Events, For the Kids, Lake Wendouree and Botanical Gardens 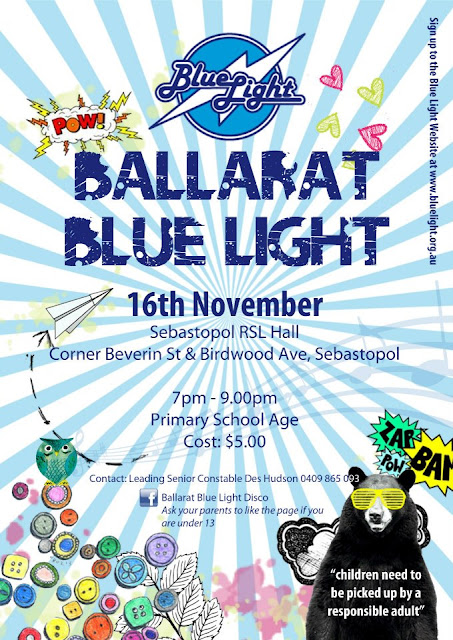 Posted by Margaret Benoit at 2:51 AM No comments: